I don’t know how things are at your house but Spring has come to mine. I have tulips popping, my fruit trees have buds, and the perennial flowers are budding too oh and the forsythia – stunning even if hubs did chop the heck out of them last year. I like the full and busy; him neat and tidy. Guess who won that one?

So how the heck are you? I heard from so many of you from the last newsletter and I loved it- feel free to email me anytime. After all the bi-monthly email is for you!

I’ve been so busy with editing and a bit of writing. Crush, book 2 is back from the proof reader and up for preorder. Blush, book 3 is with the editor and then back to me, and then proof reader and then I’m changing season and working on my upcoming Christmas book, Holly Berries and Hockey Pucks, A Dickens Romance. This book is set in a small New England town and is a clean, holiday romance. I’m excited to share it with you in November. But a sneak peek will be included in the July release of Holiday Heart Wishes so be sure keep an eye out for that. After all we all need a Christmas in July treat. Then for St. Patrick’s Day 2022 I’ll be releasing Shamrocks are a Girl’s Best Friend, it’s a part of the Last Chance Beach Romance Series.

You’re probably wondering why I would write in a new series when I have SO much going on with my own series. Well, I’m glad you’re curious. Writing in another author’s world like Last Chance Beach from the fabulous Joan Reeves is stretching my wings into a world that I didn’t create but need to become entrenched with to write a compelling story that fits with that setting and this series is set in a Gulf Coast area kind of beach so definitely a stretch since I’m a New England gal.

Now, starting on April 23, I’m running a very special price for one week on Old and New, Book 1 in the MacLellan Sisters Trilogy for only 0.99! It won’t last long so if you haven’t read it yet be sure to check it out.  Just click the cover and it will take you to the very special price.

But enough about what I’m working on. I’d like to introduce you to my friend, MJ Schiller and if you send an email to me I’ll be drawing a name for one lucky person to win the book we’re featuring today. 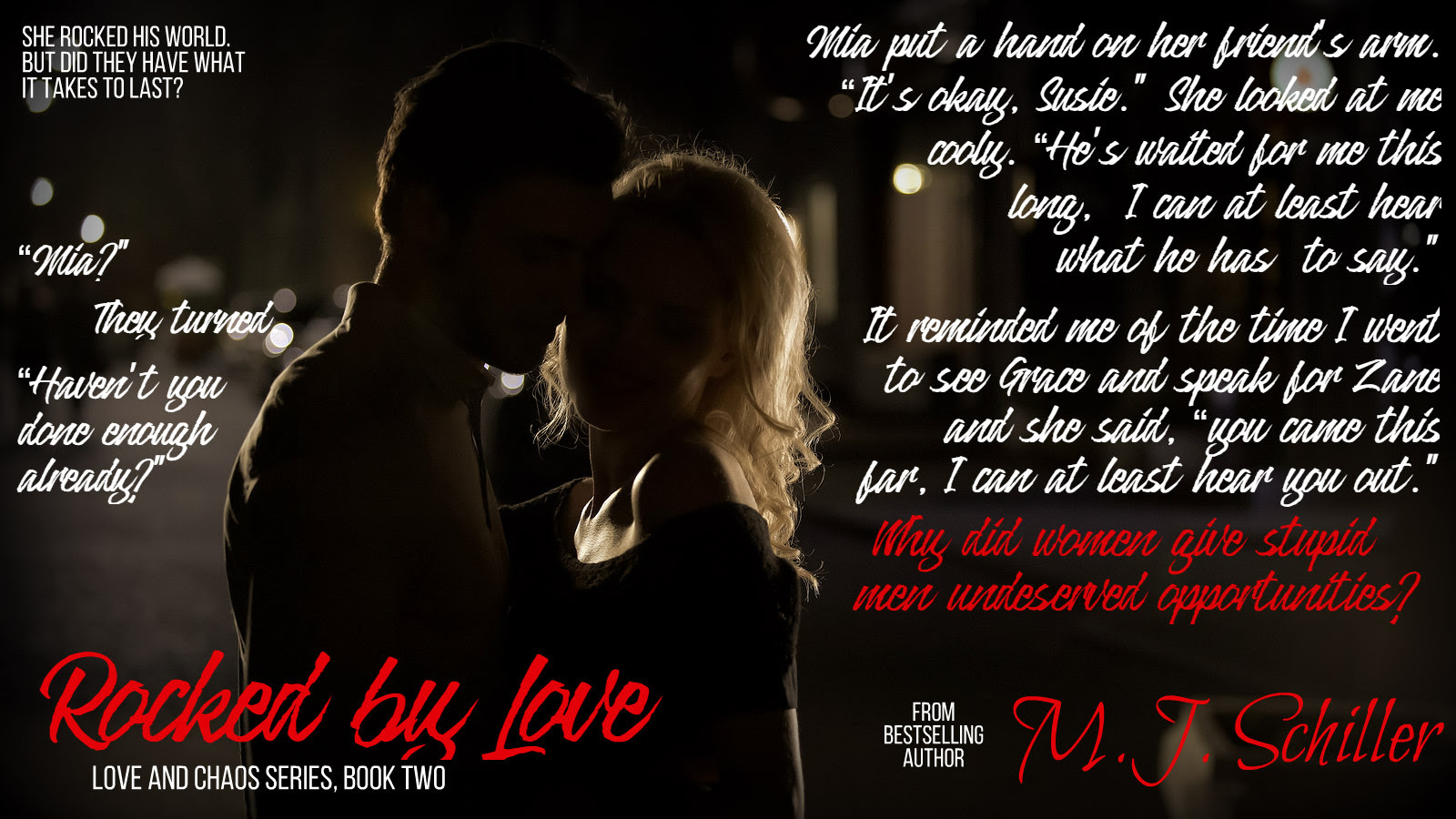 Good morning! First off, thank you, Lucinda, for having me! As one of the newest Romance Gems on the block, I’m grateful for the opportunity to introduce myself to your readers. I’ll start off by giving you the basics, and then answer a few questions so you can get to know me better.

My name is M.J. Schiller. I’m one of those “Midwest farmer’s daughters” that you’ve heard so much about. No, not really. My dad was the marketing director for the Hershey Chocolate Company. But I am from the Midwest, St. Louis, to be exact, and I now live a few hours from there. I retired a few years back from my glamorous job as a lunch lady. I have a whole chick lit series that’s focused loosely around my experiences in that lofty occupation. Besides chick lit, I also write romance and romantic suspense.

I am very inspired by music—thus my earlier Beach Boys reference—and many of my characters are rock stars. The thing I’m missing most of all during this lockdown is listening to live music and going to my beloved St. Louis Blues’ hockey games. I have a twenty-six-year-old and twenty-four-year-old triplets and am happy to have been locked up with the best Pandemic Pal ever, my husband of thirty-three years. That’s me in a nut shell, (which is appropriate housing.) Bring on the questions!

When did your love for writing start?
I’ve always been a writer, but my first professional book was put out in second grade. It was written on blue hotel stationary, hole-punched, and tied together with yarn and titled “The Black Cat.” It was riveting. I don’t think it’s in print any longer.

When rock star Raphael Santiago comes to the defense of reporter Mia Love’s cousin, things heat up in this sizzling, new romance from bestselling author, M.J. Schiller.
Rock star Raphael Santiago is haunted by the night his friend Devin died. Maybe because there’s something that no one knows about the overdose. But when he jumps in the crowd to defend a woman at one of his concerts, he finds he doesn’t want to keep the secret from her.
Mia was a tight little ball of fire, and I was made of combustible material. She misunderstood my intentions the night we met, but I was given an opportunity to explain the next day. I wish that was our only miscommunication, but when I discovered she’d written an inflammatory article about Just Short of Chaos, I thought she was using me to get a story. The hurt that caused made me say some nasty things. Now I may have lost her forever.
Mia Love doesn’t know if Rafe is truly interested in her, or if she is merely a new plaything for him.
Oh, there was definitely a heat between us from day one. Sometimes volatile, sometimes scorching in a good way. But I’d been burnt before and I was stronger now. No way was I going to let a rock star break my heart.
When fate throws them together again, things really start to heat up.
But will they figure out how to control their passions or will their love story end in ashes?

Due to all the wonderful emails I received I couldn't just pick one winner.
So this issue  all my Newsletter Readers who emailed me  two weeks ago are winners...

I will email you a link for an ebook!

Congratulations!!!
Don’t forget- Follow me on:
Amazon, Bookbub and Goodreads
To be in the loop on new releases and what I’m reading.

Please email me at [email protected] to select your gift.
One last tidbit: Please join my Facebook Reader Group  -  we can talk about what you’re reading, what I’m reading and new books I’ll be releasing.

As a reminder I have a Facebook Reader Group  - feel free to join the fun where we can talk about what you’re reading, what I’m reading and new books I’ll be releasing.
Well I guess that keeps us humming through this month. Feel free to email me, post on FB or other social media platforms, oh and did you know I’m on Pinterest too?

Any cookies that may not be particularly necessary for the website to function and is used specifically to collect user personal data via analytics, ads, other embedded contents are termed as non-necessary cookies. It is mandatory to procure user consent prior to running these cookies on your website.

SAVE & ACCEPT
Scroll to Top